New president and CEO joins United Way of the Columbia-Willamette

Portland, Ore. – United Way of the Columbia-Willamette is pleased to announce Kelly O’Lague, MSW, LCSW as the organization’s new president and chief executive officer. Kelly brings more than 25 years of non-profit experience and is deeply committed to serving people from systematically excluded and underserved communities.

“United Way is an organization that is focused on addressing and solving some of our community’s most challenging issues like housing stability, early education, disaster & crisis resiliency as well as harnessing the powerful impact of volunteerism to create thriving communities,” said Kelly. “I am honored to join the team at United Way of the Columbia-Willamette and thrilled to join an organization that aligns with my core values.”

Kelly holds a Bachelor’s and Master’s degrees from University of California, Berkeley and did her clinical training at Stanford University. Kelly recently relocated to the Portland from the Bay Area, where she held executive leadership positions at Hively and YMCA of the East Bay. 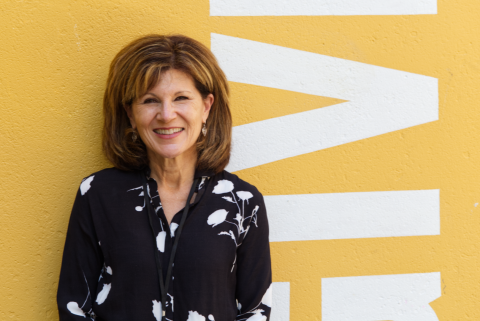 “As both a licensed clinical social worker and an experienced operational leader, Kelly is uniquely skilled to position our local United Way for many years of success,” said United Way board chair Sean Edwards. “We look forward to her visionary leadership and collaborative, community-centered approach to create lasting positive impacts in our region.”

“I am extremely passionate about engaging with people and organizations in the area in which I live, and I look forward to immersing myself within the local community our local United Way serves,” said Kelly.

Kelly assumed the leadership role last month upon the retirement of Cindy Adams.

When Kelly isn’t serving her community, she enjoys spending time with her grandchildren, discovering new walking trails in the area and exploring Portland’s acclaimed food scene.